Why UT Austin Has A Better Social Scene Than Other Colleges

UT Austin is one of the top institutions in the country specializing in Business, Engineering as well as History and Sociology; according a study publicized on UT News. This means that over 50,000 students are enrolled at the university in any given year, meaning the town of Austin is bubbling with cultural concoctions. Ranging from international and domestic students to graduates and exchange transfer students, UT Austin has the right balance of humanity to keep you entertained to all hours. Student Reviews, a website renowned for trusted satisfaction scores has rated UT Austin’s social life to be better than colleges such as UCB, Stanford and Yale. Although academically rated higher, the right balance will create the valued graduate and personality that employers will savour.

Student Organizations by The Thousand

You’re a freshman, and lost in the army of students all there to achieve similar academic goals. But you’re also human, have interests and have skills. That’s right… there’s an organization to sustain that burning fire within you. If you’re living in on or off-campus student housing in Austin, there are plenty you will notice along the West Campus area. The 1063 organizations, according to the Office of the Dean of Students; accommodates all needs. From Club Golf, Longhorn Wrestling, Texas Judo to Student Government, The Longhorn Rocketry Association and University of Texas Amateur Radio Club. From your student housing apartment, fraternity and sorority There will be something for everyone to become involved in. If you spent your life stuck with your head in the books, there’s an opportunity to spruce your life up. The campus is your oyster.

The Big Ticket has been introduced to all students at UT Austin. The ticket is $175 and it lets you reign free in all sporting fixtures. It’s an amazing way to make friends with similar interests and beliefs. You can learn a lot too from people with more experience in football, basketball and baseball than you can ever imagine. If you don’t loathe sports, once you get involved in the supporter lifestyle, you’ll leaving Austin loving them instead.

Given that many students are choosing to take the off-campus route to living and studying at Austin, north campus apartments provides a cheaper alternative to dorms. Many international students require this option for numerous reasons, with numbers of those students increasing; the demand is slowly rising for accommodation close to UT Austin campus. This means that friends will be scattered across the city and you won’t be short for fun from midtown to downtown.

If you’re not convinced that Austin is the best social atmosphere in the country; there’s little that can be done. You’ll just have to experience it for yourself, don’t say you weren’t warned

Austin's growing and we're privileged to learn more about its people and neighborhoods. 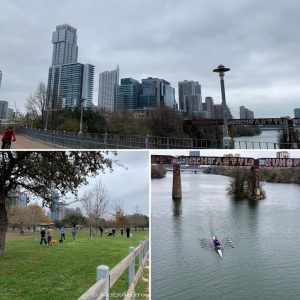 Things To Do In Austin Texas 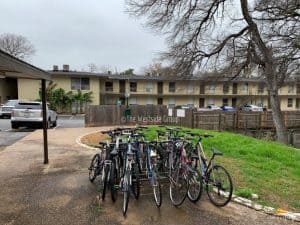 How to Live in Austin on a Budget